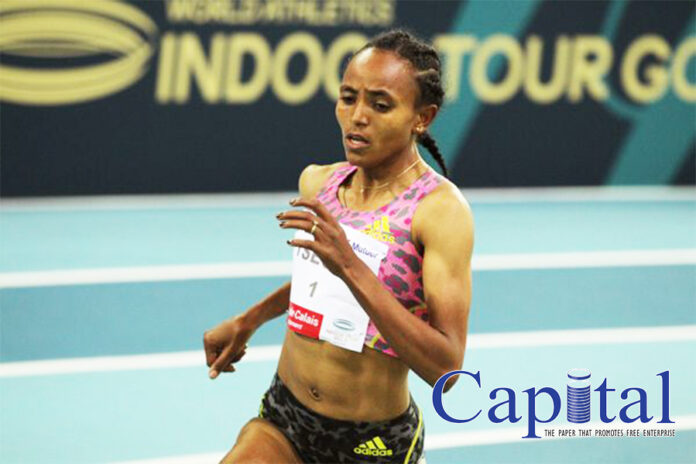 Organizers of the Meeting Hauts-de-France Pas-de-Calais have confirmed that world indoor record-holder Gudaf Tsegay will compete in the mile at the World Athletics Indoor Tour Gold meeting in Lievin.

The 24-year-old Ethiopian got her 2021 indoor campaign under way in the French town last year, stunning the athletics world by smashing the world indoor 1500m record with 3:53.09.

The Meeting Hauts-de-France Pas-de-Calais is one of seven Gold-level World Indoor Tour meetings this year. Last year’s edition was highlighted by world-leading performances from Jakob Ingebrigtsen over 1500m and Getnet Wale over 3000m, plus a 60m victory from Marcell Jacobs. The Italian, who went on to win Olympic 100m gold, will also be back in Lievin next month.