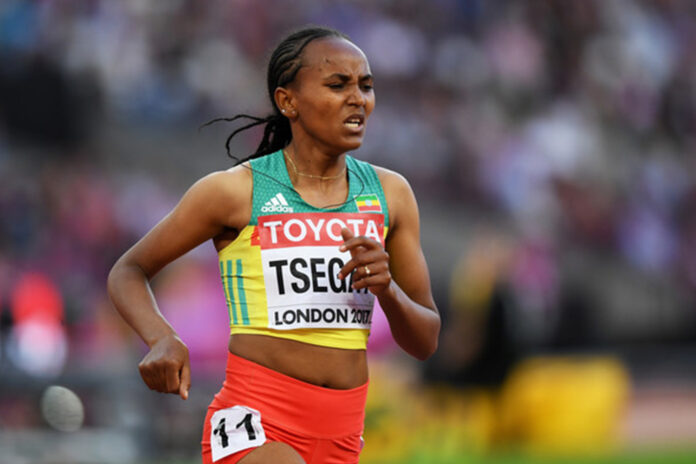 Organizers of the Copernicus Cup have assembled a high-quality field for the women’s 1500m at the World Athletics Indoor Tour meeting in Torun on 8 February.
With an outdoor PB of 3:54.38, world bronze medalist the 23 year-old Gudaf Tsegay is the fastest in the field. The Ethiopian, who also holds the world U20 indoor record at 4:01.81, will be competing in Torun for the first time.
Compatriot Habitam Alemu is no stranger to Torun as it is where she set indoor PBs of 1:59.49 for 800m and 4:05.51 for 1500m. Outdoors, she holds the Ethiopian 800m record of 1:56.71 and has a 1500m best of 4:01.41.
Fellow Ethiopian Axumawit Embaye will be seeking her first victory in Torun, following a runner-up spot in 2017 and a sixth-place finish in 2018. The 2014 world indoor silver medalist won the 1500m on the 2016 World Indoor Tour.
Like Tsegay, African champion Winny Chebet set her 1500m PB in last year’s World Championships final, clocking 3:58.20. Indoors, the 29-year-old Kenyan has a best of 4:05.81. Double world finalist Rababe Arafi will return to the scene of her 4:04.76 indoor PB, set when winning in Torun in 2018.

The 11th Assembly of Leaders