A group stage qualification campaign opening away match against African Cup surprise package Madagascar followed by a home clash against the group mighty Ivory Coast ten days later then visiting Niger after a break of several months, qualifications for 2021 Cameroon Cup final appears an almost impossible task for Ethiopia. In addition to the chaotic situation surrounding Ethiopian Football and the usual lack of seriousness in working hard for qualification, Ethiopia’s effort to book a place in Cameroon 2021 is a mission impossible task for all concerned parties.
The saying goes that numbers never lie and this time numbers are not in favor of the Ethiopian national team. The group heavyweight Ivory Coast is 57th in FIFA World ranking, the tiny island Madagascar 96th Niger 104th while Ethiopia sits 150th.
The latest qualification campaign kicks-off in September which means our players are in the middle of preseason, an exhausting and frustrating year long season from which players called to international duty after less than two weeks rest, senior players, the likes of Salhadin Said and Getaneh Kebede nursing long term injuries, the morale of the players as well supporters for the national team at its lowest ever, no one can blame the charismatic national boss Abraham Mebratu for the outcome is already understood.
Unless one is smart enough to fool himself expecting a good result from the group opening away showdown against in high moral ground Madagascar is an almost impossible undertaking while the second match is about hosting the group giants Ivory Coast ten days later. The third is away to Niger and the match taking place in August next year with Niger to visit Addis in eight days. The first three matches are difficult yet decisive in our qualification campaign. One needs to be foolish even to dream about qualification. National boss Abraham also needs patience to stay longer if not pressure from football fans.

Speculation arises Ethiopia may walk out from Nations Cup qualification 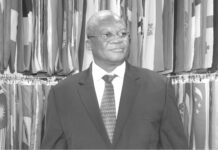