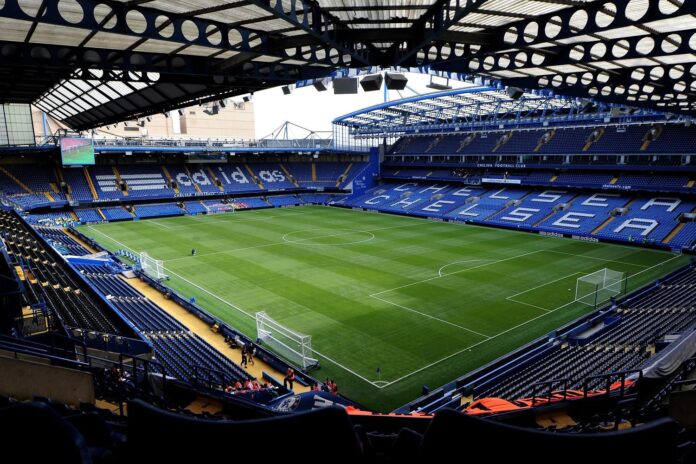 Chelsea is a century-old football club. They made their first appearance in England’s second division in 1905. In those years, Chelsea’s home ground was Stamford Bridge, one of the oldest football stadiums in the world, which opened in 1877.

The team currently tops the English Premier League. According to Rizk, which has a review here https://bookmaker-ratings.com/review/rizk-bookmaker-review-rules-support-sign-up-free-bets-site/, the London club is only a second favourite to win a trophy, despite their top form.

But historically, for a long time, the club has not been a success. The only achievement of the team was reaching the final of the FA Cup in 1915. Chelsea managed to win their first major trophy in 1954-1955 when they won the English Premier League title. The club obtained this award five times more but had to wait until the 21st century.

Titles poured primarily due to the purchase of Chelsea in 2003 by the Russian billionaire Roman Abramovich. Before that, they had won the FA Cup three times: in 1970, 1997, 2000, and the Football League Cup twice (1965 and 1995). The Blues have also had success on the European stage, winning the UEFA Cup Winners’ Cup twice (1971, 1998) when they beat Real Madrid and Stuttgart in the finals, respectively, while Londoners also beat Real Madrid in the UEFA Super Cup in 1998.

In 2003 Roman Abramovich bought the club for £140m, a record sum at the time. At the time, the club already had future legends, John Terry and Frank Lampard. But the fundamental transformation of Chelsea into a top club happened in 2004.

Roman Abramovich invited a then-young coach Jose Mourinho as the manager, and Chelsea’s future stars, such as Petr Cech, Didier Drogba, Arjen Robben, were included in the squad. As a result, Chelsea under Mourinho took the Premier League title twice in three seasons in a row and two English League Cups and the FA Cup.

At the same time, the famous Portuguese failed to win the main trophy for any top club: the Champions League. With Abramovich switching managers, Avraham Grant coached Chelsea to the UEFA Champions League final in Moscow in 2009, where Manchester United FC came out on top in a dramatic penalty shoot-out. After Grant, Scolari and Hiddink were at the helm but failed to make headway.

The road to the major club trophy

In 2010, under Carlo Ancelloti, Chelsea won the Premier League and set a record for goals scored in the AFL in a single season, 103. Largely thanks to the efforts of Didier Drogba, who scored 29 goals that season and became the league’s top scorer. But Abramovich proceeded to change coaches like a glove.

After Ancelloti, the club was taken over by Andre Villas-Boas, who was soon successfully replaced by Roberto di Matteo and led Chelsea to their first major European trophy, the Champions League. On May 19, 2012, in the 89th minute of the match, Drogba equalized with Bayern and made it 1-1 on the scoreboard. Extra time passed without scoring, and the winner was revealed only in the penalty shoot-out.

But even victory in the Champions League did not leave Di Matteo in the coach’s chair. He was replaced by Rafael Benitez, who in 2013 won another European trophy, the Europa League, beating Benfica 2-1 in the final. Abramovich did not leave him at the helm of the team either.

In the summer of 2013, Chelsea officially announced the return of Portuguese specialist Jose Mourinho, who could bring the club back to winning the English league in 2015. But Jose was subsequently dismissed and replaced by Italy’s Antonio Conte, who took the Premier League in 2017 but, like his predecessor, had no success on the European stage. Another Italian coach, Maurizio Sarri, succeeded Conte in 2018, and his only significant trophy was winning the 2019 Europa League when Chelsea destroyed another London club, Arsenal, 4-1.

Frank Lampard, a Chelsea legend as a player, failed as a London club coach. His successor, Thomas Tuchel, managed to win in the last Champions League tie, then outscored Manchester City 1-0 in the final, with Blues striker Kai Haverz scoring the goal. In the UEFA Super Cup, the game was a 1-1 draw, with Chelsea defeating Villarreal in the penalty shoot-out.

Thomas Tuchel’s success was supported by the quality of his squad, with great performances from Edouard Mendy, Thiago Silva, N’Golo Kante, Jorginho, Kai Havertz, and Timo Werner. This season, Chelsea has a strong reinforcement in the form of Romelu Lukaku. It’s been five years since Chelsea’s last league title, and it could be this year that they retake the English crown.