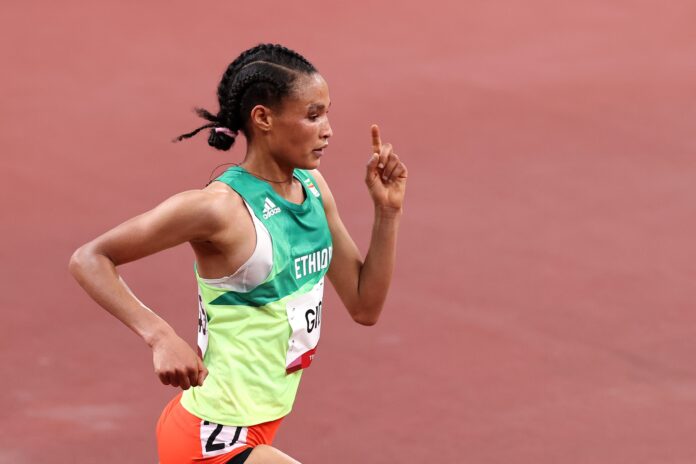 The Ethiopian athlete stopped the clock in 1:02:52, 70 seconds under the previous best time.
Second-place finisher Yalemzerf Yehualaw also came in under the previous world record with 1:03:51.
The Valencia Half Marathon becomes the only event that currently holds the best women’s and men’s times over the same distance.
Abel Kipchumba wins in the men’s category with a time of 58:07
Ethiopian athlete Letesenbet Gidey broke the half marathon world record today at the 30th Trinidad Alfonso EDP Valencia Half Marathon with a stratospheric time of 1:02:52. This is 70 seconds off the previous record for the distance (1:04:02 by Ruth Chepngetich). Gidey ran a perfect race, leading at all times and delivering a performance to be remembered.
After Gidey’s great performance, the second classified Yalemzerf Yehualaw crossed the finish line with 1:03:51, also below the previous world record. Sheila Chepkirui finished third with 1:04:54.
This way, the Valencia Half Marathon becomes the only race that currently holds the women’s and men’s world record for the same distance, as Kibiwott Kandie’s 57:32 (Elite Edition of 2020) is still the best in history.
Men’s world record
In the men’s race, Kenyan Abel Kipchumba won the race with a time of 58:07, which is the world’s best time for 2021, 41 seconds faster than the previous best (58:48), which was also his.
Kipchumba was followed by Rhonex Kipruto in 58:09 and Daniel Mateiko in 58:26.