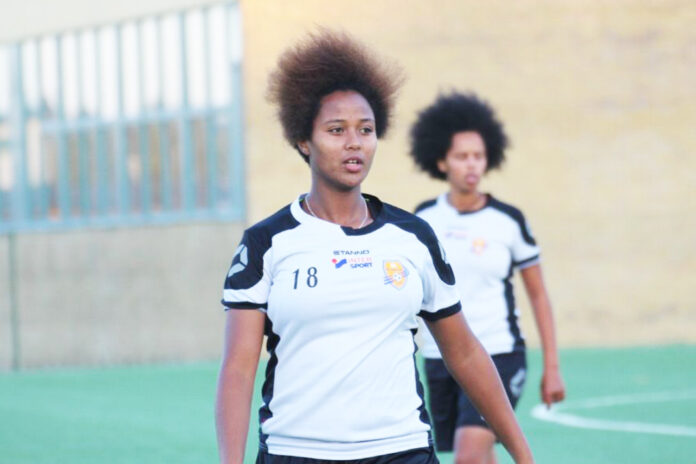 Ethiopian Loza Abera had an unforgettable debut season in Malta, scoring 30 goals in 14 league matches and a further three in the Super Cup final for her club Birkirkara, champions of the Maltese Women’s First Division League.
In her second stint in European football, the 22-year old hoisted herself to the top of the world, getting noticed by all and sundry.
Football wasn’t such a big sport in Durame, worse still, for women. There weren’t any women’s football teams in the area but for her, she still held on to the dream of becoming a professional footballer.
In 2012, at the age of 14, she joined her first professional football team. She signed for Hawassa City, a team situated about 120-km away from her home in Durame. Her talent was unquestionable as in both seasons she played at Hawassa, she was the team’s top scorer.
With impressive performances, it was only a matter of time before her talent was spotted and a bigger club came in calling. Under the invitation of Coach Asrat Abate, Losa moved to the now defunct Dedebit Ladies where she continued to flourish.
She led the team to the league title in all the four years she was there and finished as the league’s top scorer in each of those four seasons.
In 2018, she brought her stint at Dedebit to an end for a brief stint in Sweden with second tier side Kungsbacka DFF before returning home to sign with Adama City midway through the 2018 season.
Her signing proved to be a masterstroke as she aided Adama to their first ever Ethiopian Women’s Premier League title, scoring 18 goals and finishing as the top scorer despite joining midway through the campaign.
Her performances for Adama earned her a move to Malta where she has simply been unstoppable. And now, the striker hopes she can take a step further up after her contract with Birkirkara ended.
She holds a firm belief that Ethiopian women’s football has lots of potential, especially noting how they would dominate the East African region several years ago. She believes with better exposure and more players joining ranks abroad, the women’s game in the country will improve.
Ethiopia’s last participation after three Women’s Africa Cup of Nations final was in 2012 when Losa was just starting off her career and they didn’t make it past the group stages, losing two and drawing one of their three matches.
While she casts her eyes on the future for success with Lucy, Losa will be calculating her next career move as she looks to continue scaling the heights of women’s football.
(cafonline.com)