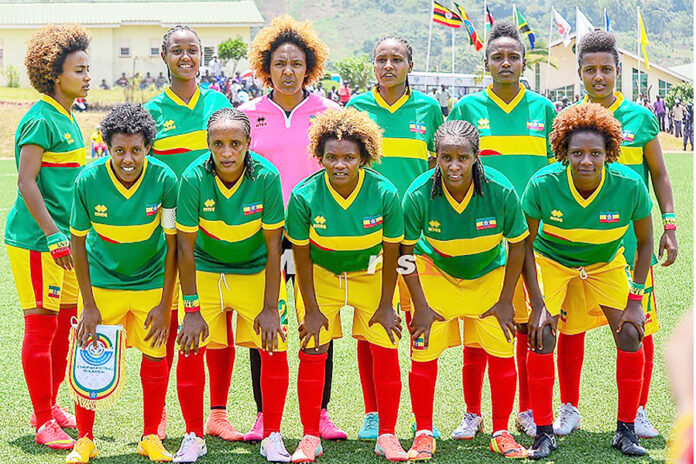 Ethiopian National Women’s side Lucy failed to get past its Ugandan counterpart Crest after a penalty shootout defeat on Wednesday. Crests face neighboring Kenya in the final qualifications campaign.
Senaf Wakuma and Losa Aberra’s two second half goals helped Ethiopia to offset the first leg two nil defeat at Kampala. But the penalty shootout following the equal aggregate result ended in tragedy with Lucy missing four out of five while the visitors missed three. The aggregate result stood 4-3 in favor of Uganda.
This is not the first time Ethiopian national Women’s side kicked out of tournaments at the critical stages. Though Head Coach Berhanu Gizaw blamed the result for lack of friendly matches and shorter preparation period, critics blamed his formation and his defensive second half play that cost Ethiopia a place in the final qualification matches against Kenya. One of the players even suggested Berhanu’s away game plan which “defending by all means” was the major problem.
The misfortune of Berhanu’s seasoned players Losa Aberra, Birtukan G/Kristos, Hiwot Dengeso and Aregash Kasa missing from the penalty spot is hard to understand. Either they were not practicing penalties or the players were so confident of qualifying even before the start of the game.
“I question the players’ mental preparation for this important particular match” suggested one of the critics. “After the two goals first half lead Berhanu was so excited he was hardly in focus of the game. His decision to second half defensive play and lack of game reading cost Lucy dearly,” one critic remarked.