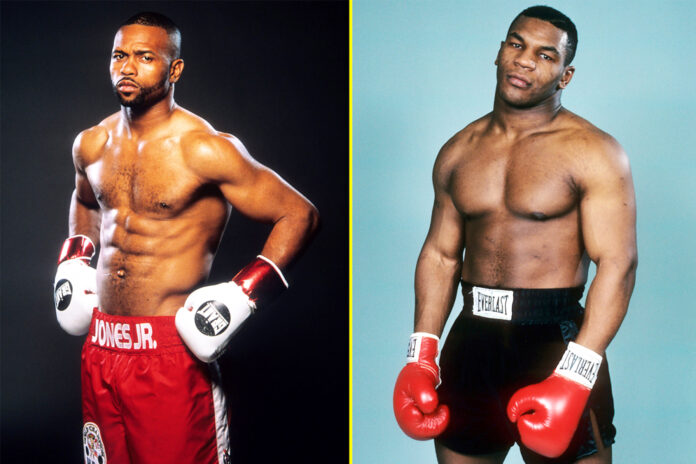 Tyson, the former undisputed heavyweight boxing champion, will fight Roy Jones Jr. in an eight-round exhibition match on Sept. 12, entitled the “Frontline Battle.” The match will be a pay-per-view event hosted by social media platform Triller, the company announced. According to a person familiar with the terms, Triller paid north of $50 million for exclusive streaming rights for the exhibition. The person spoke to CNBC on condition of remaining anonymous as financial details of the fight were not public.
Leading up to the fight, Triller will create a 10-part docuseries that will feature exclusive footage of the fighters leading up to the match, releasing two episodes per week. And the event will “include significant undercard matches as well as iconic musical performances to be announced in the coming weeks,” the company said in a statement.
Tyson, 54, finished his career with 50 wins, including 44 knockouts. He last fought Kevin McBride on June 11, 2005 in a loss. He became the youngest boxer to win a heavyweight title at age 20, holding WBA, WBC and IBF titles throughout his career. The former champion also announced the launch of Legends Only League, a new sports venture, which he called in a statement a “dream of mine to create, build, and honor athletes.”
Jones, 51, retired in 2018 after finishing his pro boxing career with 66 wins, including 47 knockouts. Jones held titles as a middleweight, super middleweight, light heavyweight and heavyweight.
Triller, a video-editing app that’s gaining popularity in the music industry, is looking to gain more brand awareness with Tyson’s fight as it competes with TikTok, who’s parent owner ByteDance is valued at roughly $110 billion.