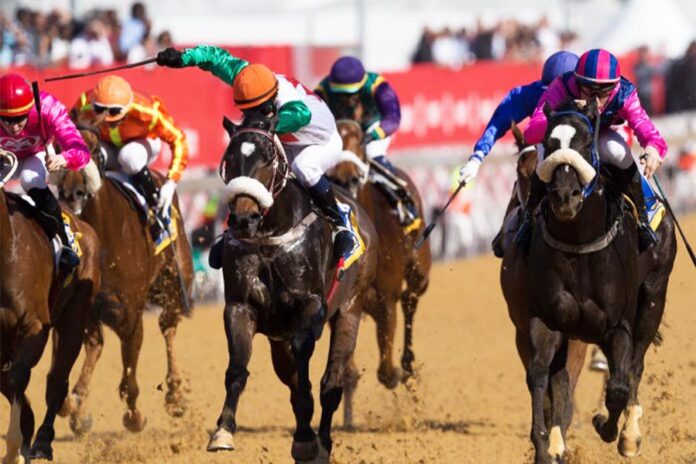 Horse racing events take place every day around the world, but some race days are more popular than others. The most popular will often attract audiences of people that is a mix of both experts and novices when it comes to betting on the great sport.

There are some huge racing events held annually in Africa which not only captivate the people that live in the country, but also those that live far and wide. The country with more race days and race events is South Africa.

These events are present in TwinSpires Racing for example and you can bet on them even if you have never stepped on this country.

In total, there are 28 Group 1s throughout the season, with prize money equating to just over $3 million. But, what are some of the biggest events that are staged in Africa annually?

There isn’t a bigger race in Africa than the Durban July Handicap. As the name would suggest, the race takes place annually on the first Saturday in July, and has done since its inception in 1897. Greyville Racecourse plays host to the huge event, which sees horses aged three and older compete in a handicap race over a distance of 2200 meters. Typically there is a prize purse of R4.25 million, but that was reduced in 2021 due to the COVID pandemic.

The distance of the race has altered over its history, as it was first run over 1600 meters before being increased. It is one of the hardest races to win, which is evident by the fact that only five horses have managed to win it in back-to-back years.

The most recent horse to achieve this defeat was the perfectly named, Do It Again, who won his second race in 2019. Other horses to have achieved the feat include El Picha, Milesia Pride and Campanajo.

The Derby is so often the race that all fans want to watch, whether it is the Epsom Derby or Kentucky Derby. It is no different when it comes to the South African Derby, which is run in April. It has been an annual race on the South African calendar since 1907, as the field of horses aged three run over a distance of 2450 meters at Turffontein Racecourse in Johannesburg.

There have been some impressive winners of this race in the past, and there has also been international-bred success. US-bred Grey’s Inn won the race in 2004, while New Zealand-bred Timber Trader won in 2002. However, there hasn’t been a foreign-bred winner of the race since Silverpoint in 2005. Malmoos is the most recent winner of the South African Derby, having won the race by five and a quarter lengths from Pamushana’s Pride in 2021.

The Cape Metropolitan, is one of the most famous Grade1s that is run in South Africa every year. At present, it is called the Sun Met, and is run over a distance of 2,000 meters at Kenilworth Racecourse in Cape Town. The race was first introduced in 1883, and has gone on to become one of the most famous races on the calendar alongside the Summer Cup and Durban July Handicap.

The race offers a huge incentive to connections, as there is a massive purse of R5 million available should their horse finish in the money positions. Horse Chestnut was the most famous winner of this race, as the Hall of Famer claimed success in this race back in 1999 for trainer Mike de Kock. Pocket Power is one of the most successful horses in recent years, having won three times between 2007 and 2009. The most recent winner of the Cape Metropolitan was Rainbow Bridge, who won for trainer Eric Sands in 2021.

If you want to find other race events outside South Africa, there are a couple in countries like Mauritius. Check it out here.