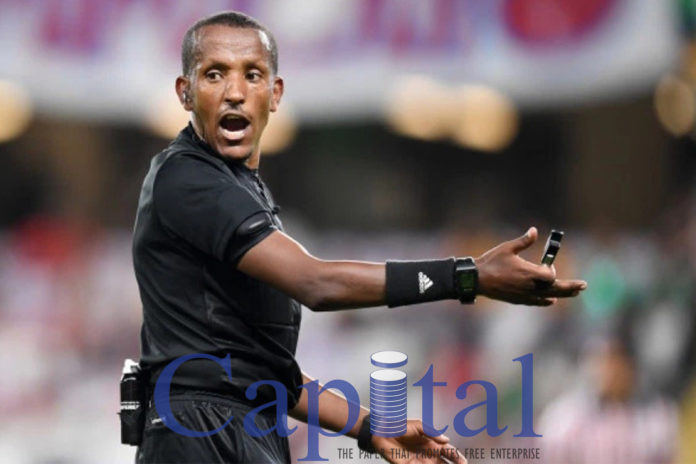 Renowned Ethiopian referee Bamlak Tesema taking in command of VAR and compatriot Lydia Tafesse the only women central referee in the championship, the Confederation of African Football (CAF) has appointed nine referees and assistant referees from the Cecafa region for the 6th edition of the Total African Nations Championship.
CAF’s Referees Committee appointed a total of 47 referees and assistant referees – including Video Assistant Referees – from 31 countries in the continent.
Host nation Cameroon and Morocco the hot favorites the 16 nations’ Championship will take place January 16th to February 7th in three Cities in Cameroon.
Though Bamlak Weyesa is one of the two experienced central referees now taking over at the sensitive VAR referring, naming Lydia Tafesse to be the only female central referee at the competition is what called huge attention from football fans. The 40 year-old Lydia her name derived from ancient Maeonia first king Lydus is a proven item in the profession for she had been referring numbers of local Premier League matches including big derbies.
The other central referees from the Cecafa region include; George Gatogota (Burundi) Peter Waweru (Kenya), Jean Claude Ishimwe (Rwanda) and Pacifique Ndabihawenimana (Burundi/VAR) and Ethiopia’s Bamlak Weyessa (VAR).
Uganda’s Dick Okello, Ibrahim Mohamed (Sudan) and Gilbert Cheruiyot are among the assistant referees selected by CAF.
The African football body said the selection of the final group of referees was made on the basis of their physical and athletic skills, as well as their understanding of football including their ability to read the game.
The Championship that will attract 16 teams will kick off on January 16th between hosts Cameroon and Zimbabwe at Ahmadou Ahidjo Stadium in Yaoundé. 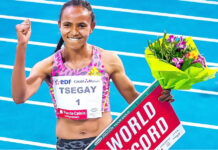 Why Ethiopia should go for GMOs 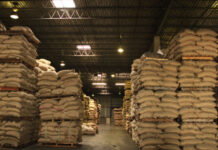