A hunt for a big name head coach that could take over the vacant hot seat at Sebeta ketema is underway. Eight coaches who had been wandering around more than six clubs including Tsegaye K/Mariam, Kifle Boltena and Paulos Getachew are the frontrunners while long serving assistant to a number of local and foreign Coaches Zerihun Shengeta is the new face among the rank.
In search of replacing popular Coach Wubetu Abate who recently left the club to take over at the national team, Sebeta received a cocktail of applications from which selecting the right Coach might be difficult.
More than half a dozen clubs including Harrar Birra, Ethiopia Bunna and Ethiopia NegedBank, Tsegaye K/Mariam who left Hossana after a short spell last year are among the heavy weights to battle for the place.
Former Adama Ketema Addise Kassa, former Sehul-Shere coach Samson Ayele, former national Youth team Coach Atnafu Abate appears to have a far chance in the race. While the heavy weights have a long listed travel history the above three could boast only a few sides under their jurisdiction.
Having vast experience as assistant with many coaches, the former national team and St George hard working defender Zerihun Shengeta is an outsider but with a good chance for his freshness from the chronic merry-go round Coaches transfer saga. 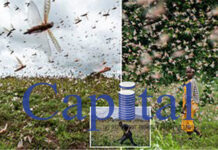 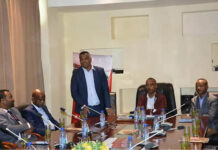