A day after a 7-0 crushing defeat, the Saint George women’s team Coach Selam Zeray was appointed Ethiopian National Olympic team boss. The controversial appointment triggered opposition from the other three applicants who were told to wait for the final interview. “I am honored to get a second chance and feel the responsibility that it entails,” coach Selam told Soccer Ethiopia.
Going through the technical evaluation organized by the EFF Techinc Office, Serkadis Ewenetu (Teret), Meseret Mani (AA), Hiwot Arefeayne (Mekele Seba) and Selam Zeray (Saint George) were the l four finalists to be interviewed. But when the Office postponed the initial interview date and told them to wait for further notice, Hiwot who smelled a rat said thank you and withdrew. Three days later and without any further communication with the applicants, the federation announced the appointment of Selam Zeray.
In addition to by passing the remaining candidates the validity of the selection is now in question for records show differently. Serkadis’ Tirit is sixth in the twelve team table while the first ever Women Premier League Coach of Africa Meseret Mani’s Addis Ababa is ninth in the table. Selam’s Saint George is in relegation zone sitting 11th with ten points from 16 matches conceding a record 39 goals while scoring only twelve. If current performance is the yard stick Serkadis is by far better than down in the table Selam and if overall record is in question, Meseret outweighs Meseret. Therefore, once again EFF appears to be at the center stage of controversy.
The Tokyo Olympic prequalification match against Uganda takes place in less than three weeks. Zeray is expected to call players to camp on Tuesday. The overall winner will face Cameroon in the next stage. 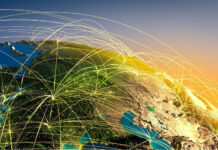