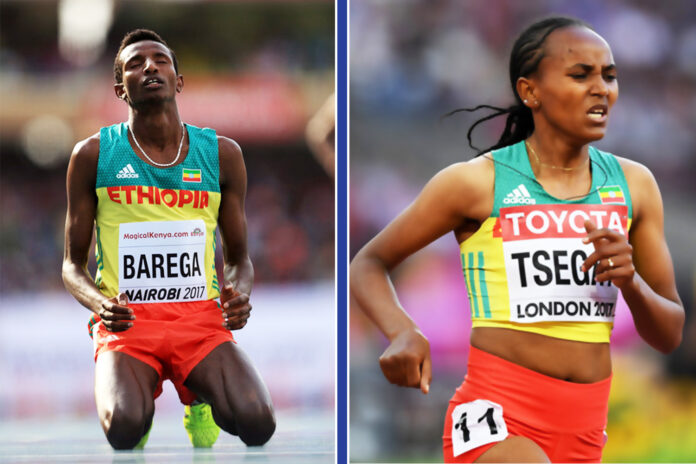 On Saturday, there were some impressive distance performances in the Ethiopian capital of Addis Ababa. According to World Athletics’ Bob Ramsak the meet was “organized by the [Ethiopian] federation as a test of fitness for most of the country’s leading candidates for a spot on the Tokyo-bound Olympic team. About a dozen athletes were invited to compete in each event, with the goal being to narrow the selection pool to six per event prior to the next test or selection meeting.”

Using the Race Time app (modeled on NCAA altitude conversions), 27:58 at 7,726 feet converts to 26:13 at sea level — just two seconds off Joshua Cheptegei‘s world record. That conversion isn’t perfect — it’s likely a bit generous toward an athlete like Barega, who has lived his entire life at altitude. But it’s still incredible running and yet another reason to get excited about what should be an all-time classic men’s 10,000m final in Tokyo.

The other performance of note was GudafTsegay, who won the women’s 1500 in 4:02.35, which converts to 3:51.68 on Race Time. Again, that conversion is worth taking with a grain of salt — but it’s clear Tsegay, who ran 3:54 to earn the bronze at the 2019 Worlds, remains a major obstacle in Shelby Houlihan‘s path to an Olympic medal.