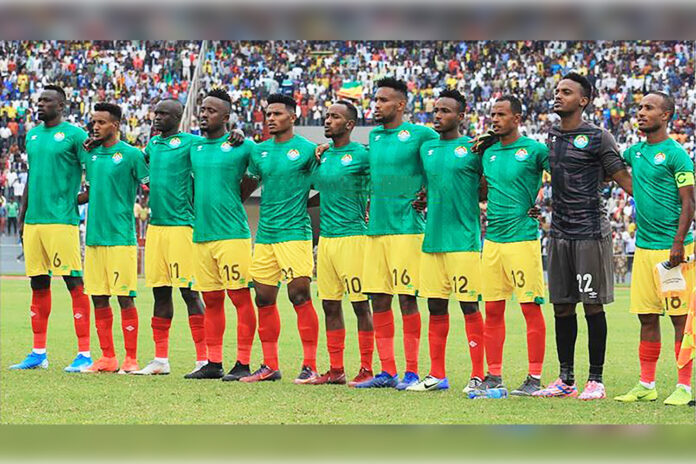 Two months in to African Cup of nations qualification third and fourth round fixtures, Ethiopian Football Federation appeared to be forgotten all about preparations. Let alone a squad waiting for a call, the national hot seat is already vacant since July following Abraham Mebratu’s two years contract expiry.
Nearly six months since World Football came to a standstill due to global Covid19 pandemic; it may be hard to talk about the resumption of the sport that calls for a huge crowd coming together under the same roof. Nevertheless Fifa-Caf announced that life must be back to normal accepting the new norm that is strict discipline that goes along with empty stadiums.
Thus the need to wake up Ethiopian Football from hibernation appeared to face a huge setback for the federation has not yet appointed a replacement to Abraham whose two years 6000 USD monthly salary contract expired on the 30th of June, 2020.
Though sources disclosed that national Technical committee chair person Ato Sewnet Bishaw and Football Coaches Association are lobbying to hand Abraham a new contract, the federation President Ato Essayas Jirra and other executive members are said to tend for a new face to take over the mantle. One famous win, two draws and five defeats and failure to book a place in the CHAN and Olympic Cup final, Abraham’s record is far from impressive.
Some critics suggest that the Federation should take responsibility to name anyone from a short list. “This is an emergency situation therefore the federation executive body should take the responsibility of naming one from short listed candidates” one of the critics suggested.
Second in “group K” with two points from two matches Ethiopia faces bottom of the table Niger away on 09/11/2020 and at home a week later. Madagascar tops the table with six points while group favorite Ivory Coast stands third having equal points with Ethiopia.
The introduction of a five year contract dealing isa new chapter in Ethiopian Club Football and other clubs need to follow the breakthrough that would definitely benefit both clubs’ and players as well the national teams” Tsegaye told reporters who attended the two players’ signing ceremony.
This could bring peace and calm among clubs that had been busy building new squads every two seasons. The move would certainly enable Ethiopia Bunna to engage in a long term plan and youth development while the players could stay focused on their carrier rather than switching teams every other year.