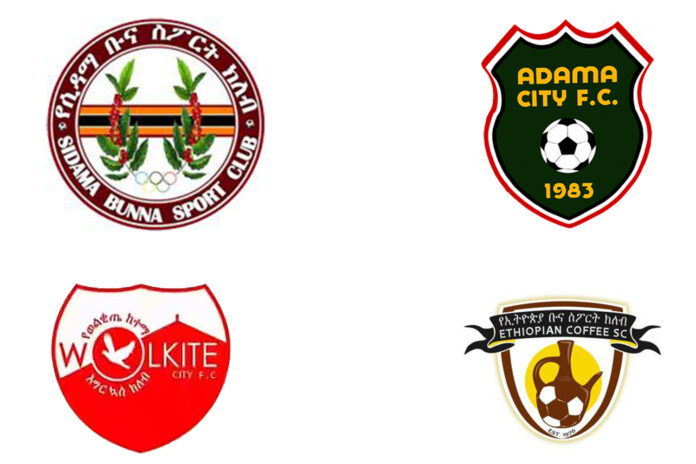 Back from a shocking defeat inconsistent Sidama Bunna entertains Adama Ketema on Monday. Bottom of the table Hadiya hosts Dicha on Tuesday while in good form Wolkite visits Ethiopia Bunna on Thursday.
Three defeats and two wins in the past five matches Sidama’s home match is a must win encounter against in high moral ground Adama back from 3-0 home victory over Bunna.
9th in the table Sidama coach Zeray Mulu is expected to answer the 6-2 away defeat to Saint George and 10th place Ashenafi Bekele to capitalize on the huge 3-0 home victory over Bunna.
Sacking Coach Girma Tadesse after four defeats in five matches, bottom of the table Hadiya hosts in amazing form Dicha. Three wins out of four matches under caretaker coach Delelegn Dechassa, Dicha has everything to destroy the ship without a Captain, Hadiya on Tuesday.
Four defeats and a draw from the last six matches Ethiopia Bunna supporters appeared to be in sheer frustration for the poor record that is four defeats and a draw in the past five games.
Just four points clear of relegation, Kassaye needs to come out of his false dream of unproven possessing football before the die-hard supporters rise in unison to demand for his head.
Though poorly fared earlier, Wolkite Ketema appeared to spit fire in the last two wins sitting 6th with 17 points ahead of Thursday’s big showdown at Addis Ababa stadium.
Critics who have been supporting Kassaye earlier started questioning whether their hero’s theory is possible or a day dream that could leave Ethiopia Bunna in danger. “There is no justification for the 3-0 defeat at the hands of Adama and Kassaye’s failure to ask any excuses is nothing short of arrogance” one of the critics suggested. A home defeat to visitors Wolkite could mean a heavy pressure on the club’s officials including Lieutenant Fekade Mamo.