Newly appointed Ethiopian national team head coach Abraham Mebratu made his deputies official, including highly regarded former national team skipper Mulugeta Meheret.
Mulugeta Meheret, who won four Premier League titles with Saint George, two Cecafa championships and played midfield for Hawassa, Saint George and the Ethiopian national team, would have joined Hawassa as Wubetu Abate’s replacement as head coach had it not been for the call to national duty. Famous for having a single booking in more than twelve seasons as a player Mulugeta is expected to bring something completely different.
He has experienced the real situation of chasing a dream and winning  something special for his country.
With four Premier League titles and over twelve years’ experience as both Saint George and national team full back, Fasil Tekalegn is the other assistant chosen by Abraham. An assistant to Saint George under current Coach Vaz Pinto and the national side under Mariano Bareto and Yohannes Sahle, the usually reserved Fasil is expected to pass on his abundant experience to his players.
Wubeshet Desalegn is goal keeper coach. Formerly a goalie with the Ethiopian national and Olympic team and later an assistant to Lucy head coach Selam Zeray, Wubshet is tasked with a heavy undertaking. He must produce a goal keeper from out of nowhere for every one of our big name clubs’ goal keepers are foreigners. “It is wise of Abraham to call all three former players to bridge the gap of his lack of playing experience at higher levels,” Asrat Yalew suggested.
Additional staff will soon join Abraham who made a name in Yemen steering the Olympic team to its first ever appearance in the Asian Cup final.

Coalition launched to accelerate research on the prevention and treatment of... 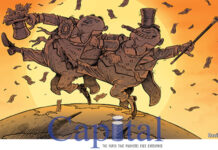