The most chaotic Ethiopian Premier League season comes to an end today in an even more controversial scenario.
League leaders Fasil Town travels to Mekele to visit relegation survivor Sehul Shere while title contender Mekele entertains visitors Diredawa Town in Mekele International Stadium. Leading the table in a dozen goal differences Fasil Town is in a must win faceoff against 13th in the table with seven wins, twelve draws and ten defeats Sehul in order to crown its first ever Premier League title.
If Fasil loses or settles for a draw and Mekele manages to win against visitors Diredawa, the coveted trophy goes to Mekele for the first time in the club’s history while boss Gebremedin Haile to make history as the recent time first ever Coach to claim back to back championship titles. Fasil Town tops the table with 56 points and 32 goals while Mekele sits second with equal points but 20 goals.
Third place and with 55 points Sidama Coffee also has a chance to win the title but with big ifs. If both Fasil and Mekele lose their respective matches and the home side with win against visitors’ Welwalo Adigrat, Sidama would be champion collecting 58 points.
Taking in number of darts directed towards the dart board like Ethiopian Football Federation appeared to have no concern about the impacts. Though Saint George announced a divorce from the league due to unfair treatment from the governing body and two of the relegated sides Debub Police and Mekelakya shed tears for being relegated unfairly, EFF appears to be oblivious of any other issue than wrapping up the worst ever league season today. 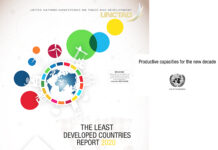 COVID-19 economic crisis to pull 32 million people back into absolute... 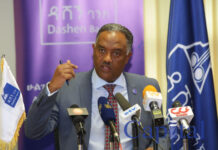