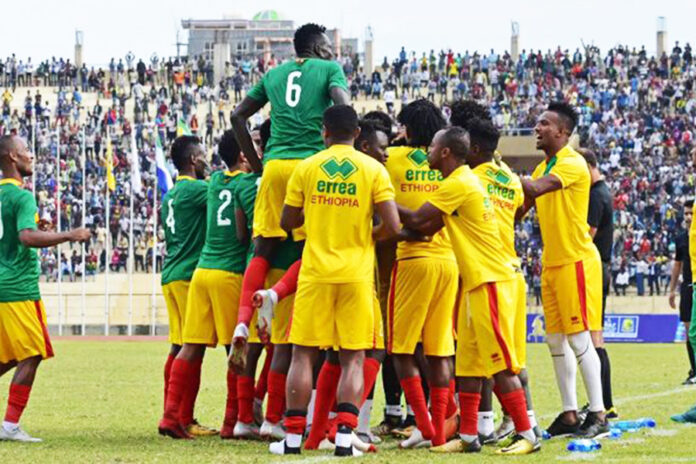 Footballing glory has evaded Ethiopia ever since they won the Africa Cup of Nations (CAN) on home soil in 1962. But after a sparkling run of form in the qualifiers, manager Wubetu Abate is determined to gift them a renaissance as they head to this year’s tournament in Cameroon.

Ethiopia’s fortunes spent a long time in the doldrums after winning the 1962 Africa Cup of Nations on home soil: They went more than three decades without qualifying until CAN-2013, where they failed to get out of the group stage.
After impressing in Ethiopian club football crowned by his role guiding Ethiopia Bunna to the 2010-11 Ethiopian Premier League crown, the only time they have ever won the title – Wubetu Abate was drafted in to step up national team ambitions in September 2020. The country’s football federation didn’t renew previous manager Abraham Mebratu’s contract amid a poor run of form.
Abate enjoyed a brief spell as a player at Pulp and Worket before injury forced him to hang up his boots and turn to management. An acclaimed track record at minor club Adama City landed Abate a string of jobs coaching more prestigious teams. He joined Debedit in 2007 before winning himself national renown as Ethiopia Bunna boss.
‘It was a dream for me’
“I like challenges and enjoy them,” Abate told journalists when he took charge of the Ethiopian national side. “I face many challenges in my coaching career. The higher the risk, the higher the reward. It was a dream for me to manage the Ethiopian national team. Surprisingly, the dream has come true, and I hope to achieve good results during my spell.”
The Ethiopian Football Federation gave Abate two objectives when they made him manager: Qualify for CAN-2022 and get into the third round of the 2022 World Cup qualifiers.
Abate achieved the first objective in style coming second in the group only behind Ivory Coast, a formidable force in African football. An impressive run of form at home carried the Walias, as they are nicknamed, to qualification, capped by a 4-0 thrashing of Madagascar in March.
“Ethiopia won qualification in a tough group thanks to those wins at home,” noted Patrick Julliard, an African football specialist at FRANCE 24’s sister station Radio France Internationale (RFI), on its Africa Cup of Nations podcast Pod’CAN.
Alas, Abate’s second task was more elusive – as a 3-1 home defeat against South Africa confined the Walias to the group stage.
Nevertheless, if there’s anyone who can take Ethiopia to the next level it’s Abate, suggested Franck Simon, another African football specialist, on Pod’CAN: “Abate is an absolute expert on the Ethiopian game and he’s really able to make the most of the resources at his disposal.”
More investment in football
The Ethiopian government and football federation have stepped up investments in the country’s footballing infrastructure over recent years to optimise local talents – most eye-catchingly with the massive, yet-unfinished Bahir Dar stadium in the eponymous capital of the Amhara region.
Money is pouring in especially thanks to the sale of TV broadcasting rights while it’s no longer rare to see players and staff from elsewhere in Africa going into Ethiopian football.
“It’s a team centred on local players who’ve adopted a passing game – much more comfortable with possession that when their opponents have the ball,” Julliard said. “It’s also a squad built around veterans, as the spine of the current team is a collection of players who featured for Ethiopia at CAN-2013.”
Indeed, Ethiopia will be relying on stalwarts like Dedebit FC striker Getaneh Kebede the iconic club captain who has scored 32 goals in 61 international appearances since his first cap in 2010 and Awassa City’s Shimelis Bekele, who started off on the national team the same year as Kebede.
Despite that unpromising recent track record marked by their disappointing performance at their most recent CAN eight years ago Ethiopia have every reason to be optimistic as they head to Cameroon. “They’re capable of anything, and they’ll definitely be in the running for second place in their group,” as Simon put it.