This report discusses the rise of digital wallets and how mobile wallets have successfully targeted the underserved banking population and offers recommendations on how incumbent banks can embrace digital wallets to engage with new and existing customers. It illustrates key examples of digital wallet providers, both within the Middle East & Africa and beyond, and highlights the reasons behind their success.

Adoption of digital wallets has been steadily growing for several years, but the COVID-19 pandemic accelerated the trend for online and in-store payments as merchants’ priorities shifted to increasing acceptance of new payment tools (such as digital wallets). In some regions, digital wallets have evolved into so-called “super apps,” which have diversified beyond money management into restaurant bookings, taxi hailing, food delivery, and even gaming. Digital wallets have become an entry point for consumers to engage with financial services, and they create new opportunities to target the underserved banking population.

Digital wallets were conceived as cards on file to enable consumers to avoid having to enter card details multiple times, because the wallet simply requires the user to enter a single password to authenticate payment. Although it is rightly assumed that digital wallets have largely replaced card payments in regions with highly banked populations, they have also appealed to unbanked or underserved consumers who previously relied on cash. Adoption of digital wallets has been steadily growing for a number of years, but the COVID-19 pandemic accelerated the trend in both online and in-store payment as merchants’ number one priority shifted to increasing acceptance of new payment tools such as digital wallets, according to Omdia’s Merchant 2020/21 survey (Figure 1).

Figure 1: Accepting new payment tools is a key IT priority for merchants 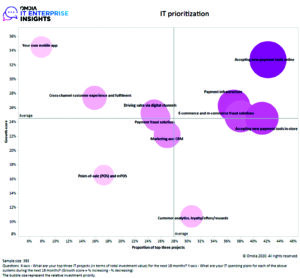 Although Africa remains the home of mobile money, the shift to digital wallets is in full swing in countries with high smartphone penetration. In Kenya, Omdia expects smartphone penetration to reach 60% in 2021 and forecasts it to rise to over 80% by 2025. M-Pesa, the Kenyan mobile money service owned by telecommunications operator Safaricom, is looking to capitalize on this trend having launched its own super app in June 2021. A super app is a digital wallet that offers new services beyond money management such as restaurant bookings, taxi hailing, food delivery, and even gaming. M-Pesa’s new app enables users to book bus or train tickets, purchase insurance, and buy tickets for various events with more services to be added in the future. Smartphone penetration is growing throughout Africa, because cheaper entry-level smartphones are becoming available in the region. GSMA forecasts that smartphone adoption in emerging markets will reach 79% by 2025.

M-Pesa is taking inspiration from Asia and is looking to emulate the success of WeChat and AliPay, which between them account for more than 90% of digital payments in China, according to an FIS report. WeChat started life as a messaging app and sought to add gaming, shopping, and payments to its portfolio as an incentive for users to stay in its ecosystem. Singaporean transportation provider Grab followed the example of its Asian counterparts and diversified into financial services when it realized many of its drivers did not have a bank account. Grab recognized that it could embed payments and other financial services into its app by providing unbanked consumers with a Grab digital wallet as an alternative to opening a bank account. In fact, few wallet providers start off in financial services: many come from adjacent industries and add payment functionality to their portfolio to enhance the user experience and keep customers in their ecosystem. E-commerce services such as Alibaba and Amazon set up their own digital wallets to make it easier to make payments on their own sites before they recognized the benefits of extending this to third-party websites. While digital wallets have largely benefited from the growth of e-commerce, the introduction of QR codes was the fundamental reason behind the success of digital wallets as an in-store payment method in Asia, and they are beginning to become more prevalent in other regions too, particularly as the world adjusts to a post-COVID-19 environment.

Ghana was the first African country to introduce a universal QR code, and South Africa is in the process of standardizing QR codes across the sector as adoption of alternative payment methods continues to rise.

Fintech and telco firms have been highly successful at acquiring customers through the development of basic financial services such as mobile money. Mobile money is largely a closed-loop system that has limited features and is generally only accessed by users of the same service (although interoperability is slowly increasing among providers), whereas digital wallets enable users to engage with a broader range of services. Telco and fintech firms are taking advantage of the governmental push toward digital banking services and cashless economies with banks facing increasing competition from nontraditional rivals. For example, telco operators Orange and MTN have both received banking licenses in western Africa, and Saudi Arabia has recently issued 16 licenses to fintech firms for payment services and a further two digital banking licenses including one to STC Pay, a digital wallet launched by Saudi Telecom in October 2018. STC Pay had signed up more than 4.5 million users (including non-STC customers) by November 2020 and provides financial services such as person-to-person (P2P) transfers, cash withdrawals, merchant payments, bill payments, and transfers to local bank accounts, which means it directly competes with traditional banks.

In Africa, fintech startups are becoming increasingly common, particularly in Nigeria, which has seen payments players OPay, PalmPay, and SeamPay all launch within the last three years. The majority of startups initially focuses on providing mobile money/payments services but is quickly expanding into mobile banking as a means of competing with incumbent banks. OPay has since tested several other verticals such as transport, food delivery, and logistics as a way of expanding the brand and increasing usage of the OPay wallet in a similar vein to Grab.

Some banks have recognized the threat posed by nontraditional rivals and in turn used digital wallets as a spur to accelerate their own customer acquisition. Dashen Bank, one of the largest banks in Ethiopia, wanted to build its digital customer base in response to the threat of fintech and mobile money operators. It partnered with Moneta Technologies and with support from CR2’s digital banking platform, BankWorld, developed a digital wallet called Amole, which enables retail and business customers to make electronic payments and transfer money domestically and internationally. Amole provides customers with the ability to self-register across all channels—USSD, mobile app, internet, and social media—and to use the digital wallet for payment at more than 8,000 participating merchants. By December 2020, more than 2 million customers had been registered on the platform, representing a major boost in Dashen’s digital customer base, which was just 50,000 when the project started.

It is not only African banks that are responding to the threat posed by fintech and telco rivals: State Bank of India (SBI) launched YONO (You Only Need One) as a separate entity in November 2017, in part because of the popularity of Paytm, the mobile payments provider that initially launched its wallet in 2014. YONO now has more than 27 million registered users with the app allowing customers to bank, shop, travel, pay bills, and invest all in a single app. The super app trend is being increasingly adopted by banks globally, with Tinkoff, the Russian neobank, focusing on “lifestyle banking” as a means to compete with other digital wallets and enable its customers to bank, invest, and book trips and restaurants, all while earning loyalty rewards in the form of cash back, bonuses, and air miles. Similarly, Revolut, the challenger digital bank, is striving to be a “financial super app” and to enable its 15 million users to manage their finances all in one place with international transfers, cryptocurrency and stock trading, budgeting, and P2P transfers all provided on the platform.

Digital wallets provide an incentive for new customers to sign up and in turn will boost potential revenue as they encourage users to open other banking services such as savings and loans. The mobile onboarding is usually very efficient; for example, CR2’s Bank World Wallet provides a simple four-step customer journey to onboard new customers in a cost-efficient way via mobile, with onboarding also available via the internet and USSD. A simple onboarding process enables banks to seamlessly promote other services. Eco bank, the leading independent regional banking group in western and central Africa, provides a QR payment service as part of its mobile banking app. The bank also enables domestic and international transfers through its Rapid transfer service, allowing the bank to onboard customers remotely and instantly provide them with a means of making payments. 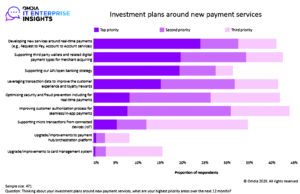 Figure 2: Support of digital payments is critical for merchant acquiring

The COVID-19 pandemic has accelerated the shift to digital payments, with numerous studies showing unprecedented adoption rates for digital payments across Africa. Figure 2 illustrates the importance for merchant acquiring of supporting third-party wallets and other digital payment methods. This was seen with the launch of Apple Pay in South Africa in March 2021: leading banks Absa, Discovery Bank, and Nedbank immediately adopted the service because of demand from their customers. Digital wallets can take advantage of virtual card issuing (a feature that is included as part of CR2’s integrated wallet and card management system) to allow onboarding of customers for payments without incurring physical production and distribution costs. Emerging new payment methods such as “buy now, pay later,” account-to-account payments, and cryptocurrencies and central bank digital currencies will require a common platform to flourish: digital wallets fit the bill. This is a view reflected by Fintan Byrne, CEO of CR2, a digital banking platform provider that offers a broad range of payments functionality to banks globally and partners with more than 60 customers in Africa:

Customer behavior has changed rapidly in response to COVID-19, and the banks that will win are those that can respond with speed and agility. Working with a specialist digital payments provider allows banks to incorporate emerging payments types in response to their customers’ needs while improving operational efficiency within their wider digital-first strategy. Selecting the right partner is more crucial than ever for the banks in Africa as the shift from branch to digital and cash to alternative payments accelerates.

Digital banking is shifting to a platform approach that incorporates the wider digital front office. Retail banks in the Middle East & Africa should no longer have siloed systems for online or mobile banking and other channel systems but a broader digital banking platform that supports customer to-bank interactions for direct and, increasingly, emerging channels such as digital wallets. Digital wallets can lead to the creation of a marketplace through the development of a super app that provides the opportunity to offer new products/services beyond banking as demonstrated by the success of Grab and M-Pesa. Future innovation is likely to be driven through the ecosystem, benefiting the bank in the long term by unlocking advantages beyond the platform. 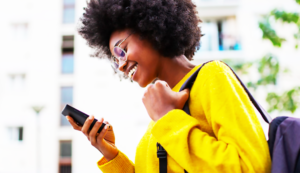 The Middle East & Africa region is fast adopting digital payments with countries such as Rwanda and Bahrain striving to be among the first globally to adopt a cashless economy as consumers rapidly become accustomed to making payments through digital wallets. Digital expectations change at a rapid rate that requires agility, flexibility, and forward thinking. Change will require a strong partner that can respond to these challenges and provide advice on how to launch new products and services quickly and effectively.