After promising they would do so for a year, the National Bank of Ethiopia (NBE) has repealed the controversial bill imposed on private banks, requiring them to buy 27 percent of bonds for every loan they disburse.
The ‘MFA/ NBEBILLS/001/2011’ directive introduced in April 2011 forced banks to buy billions of birr worth of bonds from the central bank. The government took this action as a way of mobilizing resources for government targeted investment activities and these funds are administered by the Development Bank of Ethiopia, the state owned policy bank.
The directive mandated that all banks except the Commercial Bank of Ethiopia and Development Bank of Ethiopia, both which are state owned, buy 27 percent of NBE bills for every loan disbursement at a five percent interest rate with a five-year maturity period.
Banks have long complained the NBE bills shrink their liquidity and smash their capacity to provide loans for clients. They have also argued the 3 percent interest rate, which was attributed when the directive was issued and later increased to 5 percent in October 2017, was far below what banks pay as interest for the deposit. When the directive, ‘MFA/NBEBILLS/001/2011’, became effective, the minimum interest rate was 5 percent and then increased to 7 percent a year ago when the birr was devalued by 15 percent.

Only 49 percent of businesses renew licenses in Addis Ababa 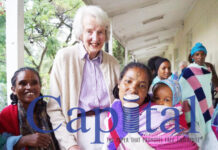 Ethiopia thrashes US statement on Nile