Most Ethiopians have read with pride the recently passed resolution by Washington DC Council, officially recognizing “Little Ethiopia” in the middle of DC, home to over 300,000 Ethiopians. The resolution is validated with a host of historic information about Ethiopia including Axumite origins; Sheba and Solomonic Dynasty; non-colonization; Emperor Menelik II and President Roosevelt’s 1903 Treaty of Amity and Commerce; inspiration of Pan African Movements; migration after the Derg regime; Sister City Agreement with DC and Addis; and of course the current contributions of Ethiopians to the capital city. Booming businesses in all areas sustain the small yet diverse DC community which is underpinned by proud Ethiopian heritage and culture, loved and admired by Washingtonians.
Just 3 kilometers south of “Little Ethiopia” is the United States Capitol, seat of the legislative branch of America, a “hallowed hall”; where the world watched an attempted coup unfold at the prompting of sitting US President. Donald J Trump, urged thousands of hostile rioters and sycophants to reject the results of a free and fair election which fired him 3 months ago. The Biden/Harris duo will be at the helm in a few days, based on the constitution, but instead of facilitating a peaceful transition, Trump selected this heinous act of sedition as his real-life exit from the Oval Office. Sad! Concerned about friends and family in DC, I wondered how they and the newly inaugurated Little Ethiopia was being affected by the catastrophe at the Capitol, just 10 minutes away. Some reported hearing gunshots and small blasts, while others talked about feeling terrorized by the marching morons invading the streets, carrying ridiculous and racist signs. A million questions rushed through my mind in minutes. What was the buzz on the streets lined with Habesha shops wafting berberi and buna? Did they feel safe? Do they want to come home? Were there any similarities between Capitol Hill and Addis Abeba or Mekele? Or are the issues as far away as the thousands of miles between the two countries? Will the “US moral authority” wielded about, still be called on the mitigate challenges in Ethiopia? Did Little Ethiopia residents know that the Capitol was built by enslaved Africans and does it matter to them, in the context of what has unfolded? I could go on.
Washington DC but specifically the Capitol was built by enslaved Africans 1824-26. In 2012, for the first time, they were recognized by the government with a sandstone marker and plaque inscribed, “…quarried by laborers including enslaved African Americans, and commemorates their important role in building the Capitol.” According to Architect of the Capitol website, “…majority of the work fell upon the laborers in the area, who were comprised mostly of African American slaves. These slaves, as well as other the laborers, quarried the stone used for the floors, walls and columns of the Capitol, sawed both wood and stone, and became skilled in brick making and laying. Carpentry was also one of the more significant contributions slaves made to the construction of the Capitol as they framed the roof and installed its shingle covering. One of the most significant contributions by an African American slave was made by Phillip Reid, who deciphered the puzzle of how to separate the five-piece plaster model of the Statue of Freedom.” I found this cruel irony as an insurrection attempted by thousands of raging white people, not from DC, screamed “we built the Capitol…this is our house…” as they ripped into the citadel with no opposition; armed with guns, ammunition, confederate flags, and some dressed in crazy costumes.
Juxtapose images of the free-range rioters with the rows and rows of officers armed to the tee on the steps of the very same Capitol last June for the Black Lives Matter march. Ironically, the Capitol was constructed by ancestors of some of the BLM protestors who were met with pepper spray, tear gas and push backs in the summer as they peacefully marched in the same vicinity. Many pundits and even President Elect Biden are now posing the argument, ‘…had it been blacks we would be counting bodies and watching police busses fill…’. Gabriel Teodros is a musician and writer from South Seattle and one of the few Ethiopians speaking publicly saying, “Black people literally get shot for everything in this country – for walking down the street, sitting in their own backyard – and a white-supremacist, pro-fascist militia can just storm the Capitol, put up their feet on Nancy Pelosi’s desk, and walk out unscathed. My first thought was that the police wanted this to happen. In the clips, some of them are just opening up the gates, and posing for selfies. How we think about this will depend on how we talk about it, how it’s reported – if the police and the state are painted as the heroes and saviors in this moment, I feel like people will forget all about it in a few weeks, a few months.” My thoughts exactly.
So as my beloved kith and kin in DC and Little Ethiopia specifically share their thoughts and anguish about the goings-on in ET, please let us be measured. Borrowing a line from Gabriel, our progress will ‘depend on how we talk about issues’, be it DC or Mekelle for that matter. Let us be wise as to how we perpetuate and paint issues as words can lead to action or reaction. We have the power to be change agents and it is my hope that Little Ethiopia will be an asset for social cohesion, equality and equity there and here. Little Ethiopia is established not just because of its businesses but it’s well-respected history and heritage. Just as the US positions itself as a “moral authority”, it is my hope that Ethiopia will continue to work hard and take its rightful place, again, on the international stage as a country to be respected and even studied for best practices in myriad spheres. It happened before and it can happen again, Africa is the future. 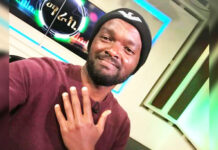 THE ART OF NEW YEAR