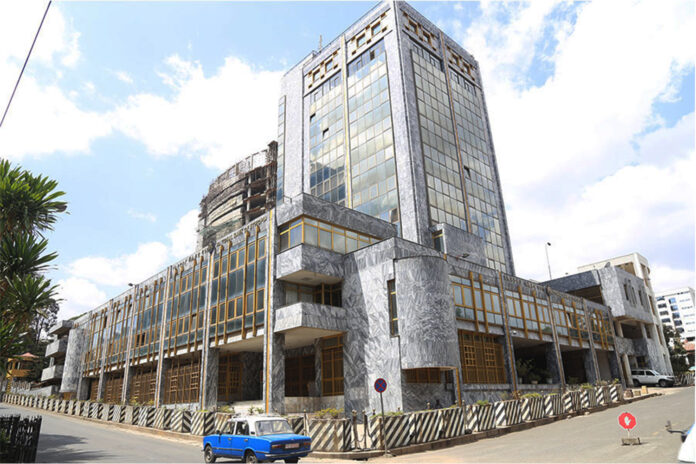 During their virtual meeting bankers requests the National Bank of Ethiopia (NBE), to relax the loan rules to mitigate the economic effect that they face in relation with the outbreak of COVID-19.
The online event conducted with bankers to clarify the latest decision of the government about the pumping of 15 billion birr for private banks to manage their liquidity crisis, bankers and the central bank agreed on most of the discussion points, according to sources.
Sources said that since the government announced that it has released 15 billion from their NBE bills customers at banks are approaching to get their portion from the amount. Some of the customers have also claimed to NBE that they could not access finance from banks after the government pumped the stated amount.
One of the participants, who demanded anonymity, told Capital that the main objective of the meeting was to create clarity in the latest decision of the government.
Bankers argued that borrowers misunderstood the decision of the government that they said the main objective of the government to release the finance is to stabilize banks liquidity and to manage possible crisis because of the current situation depositors may took their savings and possible additional injections for highly affected industries due to the pandemic.
“For instance the horticulture sector might be highly affected in the current situation that shall need additional injection to keep it afloat,” one of the bank president explained.
However the reality is some clients are looking for debt cancelation and access unconditional additional loan provision, according to bankers. They criticized some of the borrowers that at the initial point the released amount is very small compared with the situation in the country.
According to sources at the meeting with the NBE governor, Yinager Desie, the idea was fully accepted by the central bank.
While the governor recommended banks to look their interest rate for loans that has its own role for inflation in the market. “You have to consider the burden imposed on the consumers,” he said, according to sources.
Sources said that banks raised the issue of relaxing its rules regarding loan reschedule. According to the sector expert, there are minimum compliance requirement that the central bank relax. “For instance some of the lenders might got a relief on their loans for a specific period. Due to that the government should consider the current challenge in the economy,” he said.
“They will look into it,” one of the bank president told Capital.
The meeting was conducted virtually on Thursday April 2, in the afternoon after the morning meeting was cancelled for technical reasons.