The author has an MA in Economics .You can contact him via : etsubdink08@gmail.com

Vaccine Apartheid: The Epitomy of Imperialism 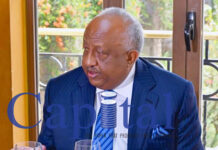 Is Abnet G/Meskel in command of St George?

We should love one another