Women leaders rise in solidarity to save lives and protect livelihoods 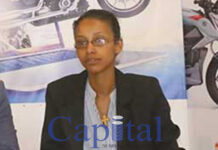